If PANDEMIC Covid-19 Has Brought Mankind To A Grinding Halt And Compelled The Human Race To reflect, Look Back,

1. Principle of AHIMSA (Non-Violence) - Against Accumulation of Weapons with a goal to rule the world / Expansionist attitude………

In Jainism, Ahimsa is abstinence from any form Himsa i.e., injury or violence to any living beings. One of the biggest malice human race is facing today is an unchecked desire to become the superpower of the world, to prove supremacy over every living being in the world. This burning desire has given rise to a mad race for accumulation of arms and weapons at any cost. This is creating a war like situation amongst nations, amongst religions, amongst communities and amongst otherwise peaceful human race. The nuclear weapons are not going to be used against one another but to destroy the entire mankind. Jainism explains that this desire to originate from insecurity within us and results in the accumulation of weapons & arms.

As humans, it is our pious duty to evoke a sense of security among fellow beings. In Sutrakritanga, it is clearly mentioned that there is nothing higher than the sense of security which a human being can give to every living being and this is only possible by practicing the philosophy of “Live and let Live” - the main pillar of Ahimsa.

Jainology principles goes on to state that real enemy is within oneself and not outside. They expound the idea of ARIHANT (“ARI” means enemy & HUNT means “kills”). The enemies of soul are, “raga”, “dwesha’ (like mental affection to anger, sorrow, joy, love, etc) & Ahankar (“me, the best”) & if one can conquer them, he will achieve the path of SALVATION.

Now, all over the world, class- conflicts are becoming furious day by day, thus disturbing the peace and harmony of human society. Jain Acharyas have always held that it is not the mutual conflict but mutual co-operation, which is the law of living. It is only through mutual faith, co-operation and unity that we can pave the way to prosperity and peace of mankind.

Economic inequality and gap between rich and poor are the two big curses of our age. It disturbs our social harmony and causes class-conflicts and wars. The main cause of this socio-economic inequality is the human greed to hoard much more than necessary. Accumulation of wealth on the one side and the lust for worldly enjoyment on the other are responsible for the emergence of present-day materialistic consumer culture. Even at the cost of health and happiness, we are madly after this. The vast differences in material possessions as well as in the modes of consumption have divided the human race into two categories of ‘HAVEs, and ‘HAVE NOTs’ At the dawn of human history also, undoubtedly, these classes existed but never before, the vices of jealousy and hatred were as alarming as these are today.

Jains, all the time, consider wealth as a means to lead a life and not a destination. In Uttaradhyayana Sutra it has been rightly said "Wealth will not protect a careless man in this world and the next”. Jains accepts the utility of wealth, the only difference being that for Jains, wealth is a means to ensure the welfare of society, without getting attached to it and using it to live a highly materialistic and luxurious life, possessed by greed and lust to enjoy life. In Jainism, it is the pious duty of a house-holder to fix a limit to his possessions based on his needs and to use the extra money for the service of living beings. It is through the observation of this vow of Aparigraha, that we can restore peace and harmony in human society and eradicate economic inequality and class conflicts.

The recent spread of Corona virus in the entire world has shown the difference – “living for money or leave money for living”? And the world is shut down for living, foregoing the money.

3. Principle of Anekantvad – Acceptance of Existence of Other Faiths - Problem of Conflicts in Ideologies and Faiths leading to Extremism & Fundamentalism……….

Jainism holds that reality is never just one-sided. It can be looked at and understood from diverse view-points or angles if one tries to dig deeper. One who follows his own convictions, has no right to discard the other views. The Jain theory of Anekantavada emphasises that all the FAITHs try to find the TRUTH and owing to this, we should have regard for other ideologies and FAITHS. The Anekantvad forbids to be dogmatic and one-sidedness in our approach. The spirit of Anekantavad is very much necessary in today’s society, especially now, when conflicting ideologies are trying to assert supremacy aggressively by mis-interpreting the teaching of any particular FATIH. Thus Anekantavad brings the spirit of intellectual and social tolerance.

For the present-day society what is awfully needed is the virtue of tolerance for everyone to co-exist and practice their beliefs peacefully.

Thus Jain saints have tried all the times to maintain the harmony in different religious-faiths and tried to avoid religious conflicts. The basic problems of present society are mental tensions, conflicts of ideologies and use of terror to impose one’s FAITH on others, forcibly or otherwise. Jainism has tried to solve these problems of the mankind through the basic tenets of non-violence (Ahimsa) and non-absolutism (Anekanta). If mankind observes these principles, peace and harmony can certainly be established in the world.

For the Jain Acharyas unity is 'unity in diversity'. They maintain that every race, every religion and every culture has full right to co-exist, with all its beliefs and peculiarities and at the same time, it is their pious duty to work for the welfare of the whole humanity and be prepared to sacrifice one’s own interest in the larger interest of humanity.

Systematic ecological imbalance or destruction for human greed and mindless notion of growth is a problem of our age or for coming generations. Only a half century back we could not even think of it. But today every-one is aware that ecological imbalance is directly threating the very survival of human race which undoubtedly the mother nature that includes the preservation of environment, animal and plant-life as well. Jainism, presents various solutions of this ecological issues through its theory of non-violence. Jains hold that the mother earth, open sky, clean air, water, vegetation not only belongs to the humans but also to animal and all living beings. For Jains to pollute the air and water, to disturb, to hurt and to destroy the mother nature means a sinful act. As a rule, Jain householders are not permitted to run such type of large-scale industries which pollute air and water and lead to the violence of animal and plant-life.  The industries which produce smoke in large quantity are prohibited. Manure to be used for agriculture instead of pesticides in the agriculture to maintain the fertility of the land. They believe that the pesticides not only kills the insects but also pollutes the atmosphere as well as poisoning the produce for human consumption.

The relevance of principles of Jainism to the worldy woes… 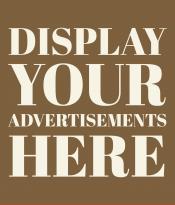