Make a wish Foundation of India is a non-profit organization, dedicated to granting the most cherished wishes of children between the age of 3 to 18 yrs living with life threatening illnesses irrespective of their socio-economic status, caste, race or religion.

For children battling life threatening illnesses, the joys of childhood are replaced with a daily battle for survival, painful treatment, medication and endless rounds of hospitals. Fulfillment of the most cherished wish of child not only gives the child strength, joy and hope but also has a therapeutic effect. A wish fulfillment makes a sick child believe that anything is possible, even the future!

Their noble cause inspired me to join Make a wish.

I became the programme director of Make a wish Foundation, Ahmedabad Division. We tried to create smiles on the faces of kids suffering from dangerous illnesses. We create zest and zeal to its zenith for them. A special dream……a secret, hoped for wish……that is the essence and wonder of childhood.. But for the child who is afflicted with a tragic life threatening illnesses, a dream come true is a very special miracle, with boundless joy, lessening pain and adding pleasure. If he had more time then?

Besieged by the barrages of painful medical treatments coupled with anxiety and uncertainty of its outcome, the child, an unfortunate victim of circumstances, has little to dream, for it is at this despondent juncture that we step in to kindle the sparks of hope from the depth of despair to open the floodgates of the child’s imagination to let the flagging spirits soar to let the young heart ablaze in anticipation of having his innermost desire, the wish, come true. It almost takes on the mantle of a life sustaining force as it touches and enhances the core of his very being..., but thing that life promises our wish kids, is pain and suffering. Wouldn’t it be nice for the rest of us to create the joy?

A kid almost 15 yrs old, desired to be a doctor. Once asked for the reason, we came to know he is suffering from Leukemia. He   wanted to treat other kids suffering like him. By the time we fulfill his keen desire, he became seriously ill, within two hours, four of us were in the hospital in his room. We brought a pair of new clothes, a pair of shoes, apron, and of course  a stethoscope provided by his doctor. His younger brother and his parents were there in his room. He was gifted with all that we brought for him. He got up to dress himself as a doctor with stethoscope around his neck. His pains transformed  into pleasure and he expressed himself in a happy mood that he will check his brother He checked him and even prescribed some medicines for him. Then he hugged his brother and laughed loudly. With those sparkling eyes, he thanked us. A fountain  of  joy and satisfaction sprung from our heart. But something else was written in his fate. The very next day, he was no more. The doctor called me and said ‘hats  off to you.’ The kid left this world with satisfied and smiling face

Death is sure for those who are born. But to accept this fact and live without fear  of death is impossible. Rich or poor, old or young, king or an ordinary man all are bound to die one day. Still all love life so much that nobody wants to die. There is a better world after death. 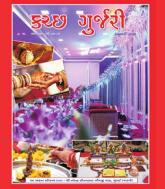 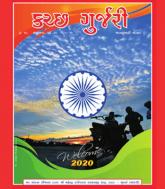